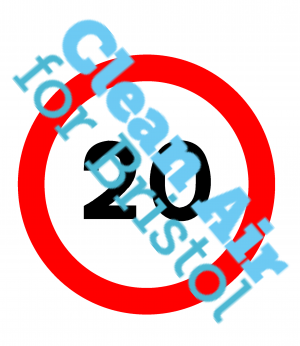 The Clean Air Plan Strategic outline case lists the following as possible risks from a CAZ:

A reduction in the number of diesel vehicles in favour of petrol vehicles could increase levels of carbon dioxide. In addition, the declaration of a charging zone or access restrictions may result in vehicles re-routing around the zone. This could increase fuel consumption and subsequently carbon emissions. Depending on the measures selected (a CAZ) could restrict access to the jobs or services within the same area.

There is potential to disproportionately penalise vulnerable groups in society, depending on the geographic location, scale and the structure of vehicle compliance standards.

*The criticism over 20mph enforcement shouldn’t be confused with its legality. Where signs are in place it is an offence for a driver to exceed 20 mph. Recently 20splenty.org published a statement from the Association of Chief Police Officers who have re-iterated the fact that 20mph speed limits are enforceable and where the limit is clearly marked (ie meeting signage regulations) then any offenders may be prosecuted. The police have also developed the option of speed awareness courses for those exceeding 24mph in a 20mph limit and these may be an option in some forces. Fixed Penalty Notices and prosecutions can also be used. In addition “light touch” enforcement can also be used which merely constitutes a reprimand/talk rather than anything more formal. In essence, they are enforced but very few resources are devoted to enforcing them.