Working to make cycling so easy, everyone does it

Categories: About Us, News 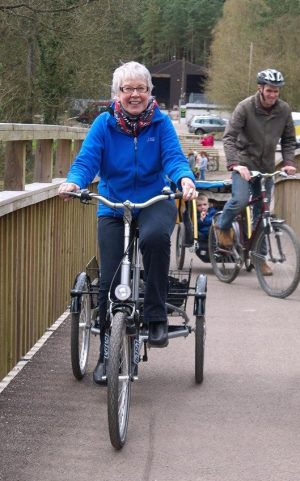 The UK has seen a huge surge of interest in cycling in 2020 and Bristol has certainly been no exception. It has been fantastic to see so many more people travelling around the city by bike. Bristol Cycling Campaign (BCyC) has also had more support than ever from Bristolians keen to see cycling infrastructure improve in the city. Our annual review on 26th Nov 2020 was a chance to pause, take a breath, look back over an extraordinary year and map out where we want to put our efforts in the future. You can catch up on our YouTube channel.

In 2020, Bristol Cycling Campaign has seen:

Bristol has seen some promising developments in cycling infrastructure this year – partly driven by Government initiatives but also as a result of campaigning by BCyC to improve cycling for all across the city.

The campaign has worked hard to improve relationships with the council in order to influence and inform policy on cycling infrastructure in the city.

Two notable wins have been Bonnington Walk on Concorde Way and Ashton Sidings on Festival Way. Both sites are to be developed for new housing, threatening crucial bike routes used by hundreds of cyclists every day.

The Space for Cycling team at Bristol Cycling Campaign submitted detailed reviews of the proposals and as a result, the council agreed that the developer’s plans were unacceptable.

The team has also been working closely with the council as it creates new pop-up cycle lanes and closes more roads to traffic, thanks to the Government’s Emergency Active Travel Fund.

“More space has been taken away from private vehicles and parked cars in Bristol in 2020 and we hope it’s not going to be given back again,” said Toby Wells, co-chair of Bristol Cycling Campaign. “But there’s more to do and we need to keep lobbying in 2021.”

The next big focus for the campaign is to engage with Bristol City Council and WECA to accelerate the delivery of routes in the Local Cycling and Walking Infrastructure Plan to a much more ambitious timescale, and to a high standard.

At the start of the summer the campaign played a key role in supporting the creation of CyclingWorks Bristol, a new initiative that has mobilised the business community in Bristol to speak up for cycling infrastructure. Thirty-nine companies have now signed up and sent letters of support – representing 30,000 employees across the region. Employers pledging their support include Hewlett Packard, NHS North Bristol, Babcock, Bristol Water and Burges Salmon.

Members of the campaign also form part of the working group for Liveable Neighbourhoods for Bristol. This is a new grassroots campaign to support local working groups lobbying for low traffic neighbourhoods across the city by 2024. During the Annual Review, volunteers described how it has been key to work with other groups from around the city to establish this city-wide campaign.

The latest BCyC campaign – #DontBlowItBristol – is about to go live with Steven Webster describing the process: “We’ve been working with a local artist to create a poster campaign encouraging Bristolians to lobby their councillors to ensure the changes made during the summer to the city’s transport landscape remain and to ask for further improvements to be made. We hope to see posters appearing throughout December”.

Reaching out to Bristolians

It has also been a busy year for the communications and engagement side of the campaign.  On Twitter, Bristol Cycling Campaign has attracted more than 500 new followers while Instagram has more than 1,000 followers, having only been launched in May.

The Instagram campaign #BristoliansOnBikes has been a huge success. “Our aim was to challenge the stereotypical view of cyclists and showcase the diversity of people who cycle in Bristol,” Brock Horning said. This inspirational campaign has featured 32 Bristolians on bikes to date and the work continues – sending the message that cycling is for everyone.

Toby Wells and Tom Swithinbank were elected as Co-Chairs of the campaign at the recent Annual Review and outlined their desire to increase the diversity of the campaign to increase its influence within the city and better understand the issues faced by different demographics.

New Co-Chair Toby Wells shared his thoughts on the future, stating, “We recognise that we need to improve the diversity of the campaign. We want this to be a campaign that represents the population and that everyone can identify with. We believe that if we want it to, Bristol can become a city where anyone can choose to cycle.”

Key aims for 2021 also include improving relationships with politicians and other stakeholders in Bristol as well as increasing the awareness of the work of the campaign within Bristol.

Tom Swithinbank concluded, “We are keen to raise awareness of our work among those who currently ride a bike on a regular basis, but our work really is for those that don’t currently feel they can cycle in safety in our city. That is ultimately why we volunteer our time.”

Above all, it’s about campaigning to make it safer and easier for people from all walks of life to use their bikes to get around Bristol.