Bristol Cycling talk to Made in Bristol TV and @mark_bradshaw about Prince St. bridge 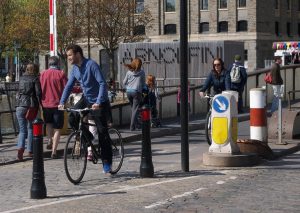 On Monday 13th February Bristol Cycling member Sam Saunders spoke to Made in Bristol TV about the work taking place to restore Prince’s St. Bridge repairs. Standing by the MShed, in front of the temporary structure spanning the Grade II listed bridge, Sam reflected on the changes pointing out that the whole area has been much more agreeable, and attractive for tourism, while free of motor vehicles during the closure.

The long running repairs have been taking place to tackle the corrosion that have afflicted the bridge which was built in 1879, and the resulting closure has prompted debate about how the bridge should be used when it is re-opened.

Bristol Cycling have been campaigning for the bridge to remain closed to motor traffic for the simple reason that the city center is a nicer, healthier place to be when not filled with cars that take up space and emit fumes & noise. Bristol Cycling’s petition in support of this campaign (open until 1st March) has attracted almost 600 signatures. Bristol Cycling support the vision of a Living Heart.

Last week saw the 2017 Sustainable Transport & Health Summit take place  showcasing the quality sustainable travel infrastructure and behaviour change initiatives that are incentivising active travel choices. There delegates heard the benefits that active transport, and a shift away from car use, can have on people’s health. By reducing air pollution and inactivity we can tackle widespread problems of obesity &  encourage healthier lifestyles.

At the conference Bristol Cycling member Nick Davies asked Deputy Mayor for Transport Cllr Mark Bradshaw what his plans for the bridge were. Cllr Bradshaw confirmed that the bridge would re-open to motor traffic once repairs are complete partly to mitigate some of the impact of the road works taking place in other areas of the city. Cllr Bradshaw said the decision could be revisited in the future, once the worst of the works has passed. We also understand the Council are reviewing closing the bridge to motors at the weekend which we would welcome.

While we can understand Cllr Bradshaw’s attempts to mitigate the disruption we feel he has made a fundamental  error. The roadworks do not increase the need to open the bridge to motor vehicles – in fact it amplifies the need to support far more efficient alternatives. Congestion in Bristol is a result of over-dependence on motor vehicles that take up lots of space. The only way to tackle congestion is to support the use of more efficient alternatives including walking, buses and cycling. 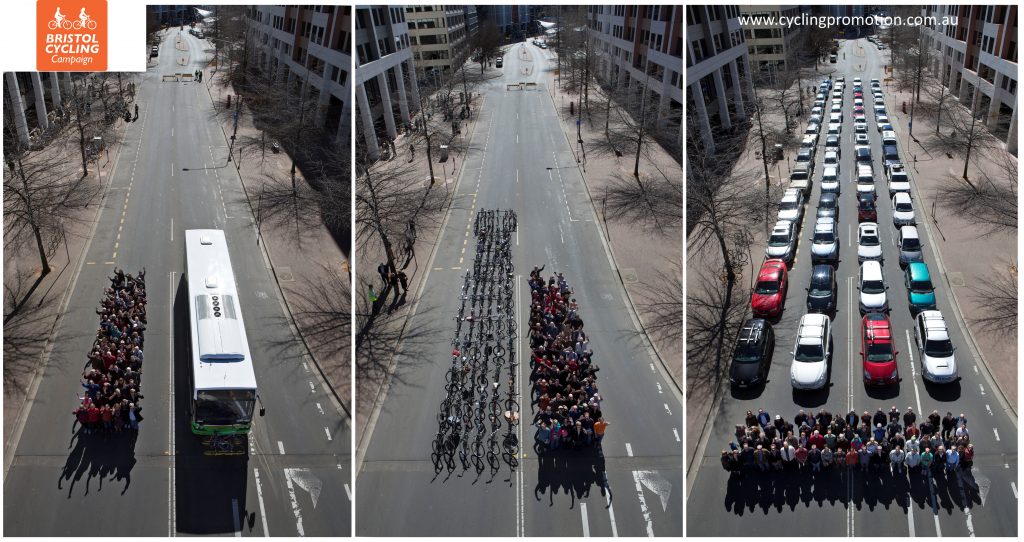 During the temporary closure the space either side of the bridge, while not completely car free, has been noticeably better. The air is much cleaner and pedestrian traffic has flowed much more freely. The decision not to claim the space for healthy streets is a missed opportunity and flies in the face of the Council’s commitments to clean up Bristol’s air and tackle the city’s congestion. We call on Cllr Bradshaw and the Mayor to be bold in the face of resistance and take the difficult decisions needed to build a better Bristol.

Bristol Cycling believe that cycling can help solve many of Bristol’s problems and we provide a voice for cycling in the city. If you’d like to support us please follow us at @BristolCycling or become a member.