Active Travel Hustings – are we any the wiser?

On April 21st, Life Cycle UK organised a hustings for General Election candidates to answer questions on walking and cycling from an audience of about 60 people who themselves had mainly walked or cycled to the event.  The hustings were hosted by TLT at their 12th floor offices in 1 Redcliffe St – which has great views of Bristol.   The hustings were consummately chaired by well known journalist, broadcaster, author and cyclist Rob Penn. The following candidates agreed to attend: Thangam Debbonnaire (Labour – Bristol West), Darren Hall (Green – Bristol West), Claire Hiscott (Conservative – Bristol West), Mark Wright (Lib Dem – Bristol South), Dawn Parry (Independents for Bristol – Bristol West) and Paul Turner (UKIP – Bristol West). Unfortunately Thangam Debbonnaire and Paul Turner were unable to make it. Thangam was able to send in her place Kye Dudd (Labour candidate for Cabot in the up-coming local council elections) and Paul was absent due to a family illness. However Claire Hiscott failed to turn up with no apology and was conspicuous by her absence. Being left with a selection of candidates who broadly agreed with each other was not great for debate or democracy. The evening was heavy on anecdote and good intentions but light on evidence and hard policy. However there were some exceptions. – Kye Dudd (KD) was strong on tackling social inequality and knows Bristol well. He cited Trade Union support for improvements to active travel. – As a businesswoman Dawn Parry (DP) began her political career as a Conservative, only leaving them when she realised they didn’t share her values. Transport appears not to be her strong point but she was broadly sympathetic with the other candidates and the audience, though at one point she did propose a “cycling proficiency test for all” which went unchallenged. – Mark Wright (MW) was by far the most informed on the subject having been a councillor for the central Cabot ward for three terms, helping to introduce 20mph and the first RPZ in Kingsdown. He is now campaigning for Bristol to have a Low Emissions Zone (LEZ), but was unsuccessful in recent years to implement workplace parking charges. – Darren Hall (DH) was especially keen to invest in walking and cycling as an effective way to tackle climate change and health inequality.

Will the Grand Prix race be good for cycling in Bristol?

News just in, the inaugural Bristol Grand Prix Cycle Race will take place on Saturday 20 June 2015. We are told that “cyclists will take over the streets of Bristol to inspire people of all ages and abilities to #lovethefuture of cycling”. But what kind of cycling? Some in BCyC are known to slide into lycra regularly and are fond of watching the thrill of a race. Others could not be less interested in watching pumped up, mostly young, aggressive people on hugely expensive specialist machines, wearing weird clothing and hurtling through the streets of Bristol risking life and limb,…

Were you one of the hundreds of people who came on one our popular Discover Bristol Rides in the past year? We did a grand total of 38 rides in the last year, supported by an Active Neighbourhood Grant from Bristol Council. Looking back the team of enthusiastic volunteer ride leaders can be justifiably proud of the range of unusual and interesting opportunities they created to get on your bike and Discover Bristol. Favourites were the Pub Pitstops, the Tea and Cakes rides, and a ‘Coffee House’ series, as well as exploring historic buildings and lovely local routes such as Coastal…

Some are calling it a conspiracy, but a third closure of a section of the massively popular Bristol Bath Cycle Path has been announced. Unlike the first one at Staple Hill for tunnel repairs, this one will improve things for users. Unlike the second one for resurfacing between Bitton and Saltford, there will be a signed diversion. [NEWSFLASH: “Alternative routes will be posted whilst maintenance work is carried out between Bitton & Saltford”] This one is for an £80,000 improvement scheme to double the width of the narrowest section of the path from two metres to four…

With election fever building now is the time to review what we know about each party’s position on cycling. The Guardian says “With a couple of honourable exceptions, the main parties show depressingly little vision or ambition in their election programmes” which is disappointing as if you followed the Big Cycling Debate, an event in March involving transport spokespeople from the three main parties, you’d be forgiven for thinking policies on cycling would at least be relatively prominent in the election. Sustrans have set out their response to the party manifestos. Meanwhile CTC… 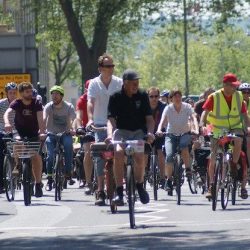 Bristol is also one of 7 cities working with Sustrans to produce Bicycle Accounts in 2015 and 2017 containing a range of statistics about cycling in the city. The first report is due to be released in October this year.
DfT and Council Counts
Let’s start with the differences between the sets of data from the Dept for Transport (DfT) and those from Bristol Council (BCC). Bristol has been recording traffic annually in a series of cordons around the centre for many years. Some of these are shown in the map below. For our purposes we’re looking at the BCC counts from the point on Cheltenham Rd just north of Arley Hill, while the DfT sampling point is just north of Claremont Road, about 700m apart.

Our friends at Cycle Sunday have managed to get a large section of the Downs opened for bikes and families on Sunday (we helped with their application). We really want this to be a great success so that everyone can see this is the way forward for this icon Bristol leisure destination. Do make the effort to drop by, even if only passing through on your Sunday outing.  Here’s their latest update: Dear all, We can’t believe that Cycle Sunday is only a few days away now and wanted to send you all one last message before the big…

Lovely to see cycling featuring in the new set of Bristol Pound notes, as reported in the Bristol Post.

The excitement is building towards the first Cycle Sunday event on 19 April. It is hoped as many of us as possible can come and join in for a morning of car free cycling around the Downs. None of this would have happened without the 38 Degrees petition which 4,600 signed at the end of last year. It was clearly the thing that swayed the Downs Committee as it showed them what strong support there is for the principal of safer cycling up on the Downs. If you are coming, then please do sign up for the event (it only… 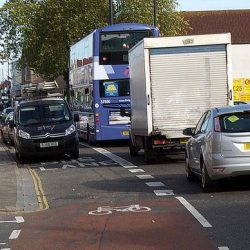