Cycling with video cameras – a cyclist’s perspective: Part 2 How to report and what happens next 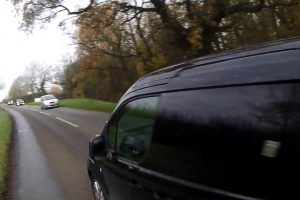 How do I report bad driving?

Avon & Somerset Police (ASP) developed an online reporting page for ‘incidents on the road’ a little while ago:
avonandsomerset.police.uk/report/accident-on-the-road/#/

Reports must be made within seven days of the incident. This is because the Police only have 14 days to send out a Notice of Intended Prosecution, requiring the registered keeper of the vehicle to identify the driver.

Download the footage from your camera onto your PC or, if your camera supports WiFi and you have an app from the camera manufacturer, onto your phone.

It is very useful to have the camera set to record in say, two or three minute chunks of footage (called a dashcam setting) where it automatically overwrites the oldest footage on the memory card. This saves having to edit a longer clip down to a more manageable size for uploading. You are asked to retain footage of the whole journey. I tend to delete the footage after a year or so.

You state, in a few words, what happened, when and what the driver did wrong and whether you were affected by the incident. You confirm your willingness to attend court if needed. You have to show where the incident happened on an interactive map.

You do need to be able to clearly identify the vehicle’s registration plate – sometimes it’s helpful to use an app such as VidTrim or Google images to go through a video frame by frame to make sure the registration can be seen clearly enough. I also take a look at gov.uk/check-vehicle-tax to see if the vehicle is taxed and MOT’d, which can act as a second check on the registration. Sometimes a capital D can look like an O, for example.

You then upload footage showing two minutes either side of the incident (if it happens less than two minutes from home or work don’t worry too much about that). Where I have witnessed handheld mobile phone use, a shorter clip of the encounter has been enough for the report to be processed. It can take a few minutes for a 300-400MB clip to be uploaded depending on your broadband speed. Then, check your answers, confirm agreement to a privacy policy, and make your submission. A unique case reference is generated which you can note.

I found it useful to keep an online spreadsheet on google drive reminding me what footage I submitted as sometimes it is months before you know if a case is going to court, and it helps to know whether the front and rear footage was uploaded, for example, and perhaps to note what you were wearing/what lights you were using etc at the time Once this spreadsheet is set up it only takes a few seconds to update.

Because of a legal case (DPP v Barreto 2019) which discussed how the outdated law requires the phone to be in use for an ‘active communication’, prosecution for mobile phone use is unlikely to result from a helmet-camera report unless it actually shows what the driver is doing on the phone’s screen.

This law is due to change later in 2021, so drivers who are shown to be using a handheld mobile phone for whatever purpose can expect to receive six points and a £200 fine.

The police can look to prosecute a driver who is holding a mobile phone for not being in proper control of the vehicle, though. The penalty is lower but still a worthwhile reminder of the need to put the phone down.

At the very least, a warning letter will be sent to the registered keeper.

Having some of your bike visible in the footage will help the police assess how close a pass is. However, I have found that where the images show the amount of roadspace between the passenger side of the vehicle and the kerb, it’s fairly obvious when a driver has not left 1-1.5m from your shoulder. When I report a close pass it’s usually because they’ve demonstrably left less than 2m from the edge of the road for my use.

What do the Police do if I report something?

Damien Devanny, Continuous Improvement Officer for Road Safety, Avon & Somerset Police has explained what happens internally in our area when a video report is uploaded. The general process that a report goes through is as follows:

The email which I receive states:

Thank you for taking the time to upload your footage, which has now been processed. As a result of this report I can confirm a positive outcome in that the driver will receive either a warning letter, a fixed penalty or a prosecution.
Thank you for helping to keep our roads safe.

No further updates are given unless the driver clearly targets you deliberately, or if the driver pleads Not Guilty and contests the Police’s decision, when you may be asked to give a witness statement and/or attend court.

In 234 submissions, I have attended court just three times to give evidence, with a conviction resulting on each occasion. On two of those occasions the driver was absolutely convinced he did nothing wrong, but the Police, the CPS and three Magistrates disagreed with him.
The police and CPS only prosecute where they are sure that the evidence is strong, and the majority of drivers do not apparently contest compelling video evidence.

Police feedback is something of a hot potato. Those of us who take the time and trouble to report would like to know the outcomes of the cases we report, especially when someone has passed us too fast and too close. It is not nice cycling to work, and worrying whether the driver who came within inches of killing you last week is going to have another go this week.

The reasons given for not providing updates have varied over time, and have included concerns about releasing the driver’s personal data, or the increased workload of having to justify the decisions taken in each case to an aggrieved reporter. The police are, however, keen to reassure the public that positive action is taken wherever possible. They provide regular and encouraging positive statistics of the actions taken on the road safety Twitter account, ASPolice Roads Policing (RPU) @ASPRoadSafety

Warning letters – are they effective?

I have seen a number of drivers improve their driving around me after I have reported them. It’s worth taking a look at the example warning letters which Damien Devanny has released to accompany this article. Not many people know that they have been drafted in collaboration with the world-record ultra-distance cyclist and leading academic Dr Ian Walker, who is an expert in traffic, transport and environmental psychology. The letters do not mince words about the dangers of bad driving or phone use at the wheel, and also raise awareness of the increasing likelihood of drivers being reported and dealt with via the dashcam system.

How much use is the dashcam reporting system getting in our area?

In the first six months of 2021, for example, from 1484 reports submitted in this way, the Police issued 747 Notices of Intended Prosecution, 920 warning letters but took no further action in 179 cases. I have only had 7 ‘NFA’ out of 234 submissions and none recently, although I understand that limited feedback is given on NFA reports to explain why no action ensued, and to assist the reporter to understand what is needed for a report to have a positive outcome.

Of those 1484 reports, 1008 were from cyclists, 392 from drivers, 6 from horse riders, and 11 form motorcyclists. I was surprised to learn that 67 reports came from pedestrians. In the future, motorcyclists and horse riders, and commercial drivers are going to be encouraged to submit their footage more and more.

This system merits much wider publicity and greater uptake. The number of reports submitted is lower than it could be. I submitted nearly 5% of the positive reports all by myself!

I also feel that the whole community needs to know that this facility exists both to encourage people to report and to warn them that they can be held accountable for bad driving anywhere, anytime. For example, 22 drivers illegally using the hard shoulder on the M5 to dodge accident queues were prosecuted recently – all were reported by other drivers with dashcam footage. These drivers selfishly used the hard shoulder which should have been kept clear for emergency vehicles. One was found to be uninsured and will face further charges.