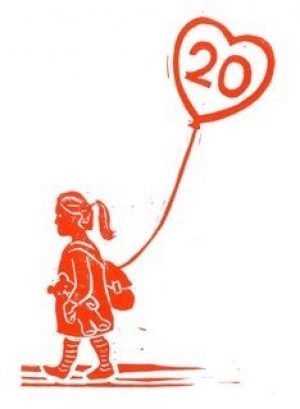 Settle down while we tell you a story:

Imagine, if you will, the King of Bristol.

He sets sail in a big boat, given to him by a chap wearing red trousers. OK, says the King, I know Red Trousers has given me a leaky boat, but I’m sure it’ll stay afloat for a while.

But to his horror, the King discovers a giant hole in the bottom of the boat as soon as he sets sail. Water is gushing in, and the other passengers are turning mutinous!

The King desperately looks round for things to jettison to stop the boat sinking further, or at least to distract attention.

There’s no dead cat to hand, but then he finds just what he needs! Two heavy-looking boxes put there by Red Trousers, one marked “20mph”, the other marked “RPS”.

Over the side they go.

Some of the passengers seem happy, at least for a while, even as the boat continues to sink…

There are rumours circulating that Mayor Rees is seriously considering scaling back two of Bristol’s most progressive transport policies of recent years: residents’ parking schemes and 20mph zones.

BCyC can only hope those rumours are not true. We feel sure our Mayor would not attempt to gain cheap publicity, and distraction from the Council’s financial crisis, by ditching these two policies which have provided huge benefits in increasing cycle and pedestrian safety and preventing Bristol’s suburbs becoming one huge commuter car park.

Can Bristol Council confirm that any Council-led initiative to scrap or scale back these initiatives is firmly not on the Mayor’s agenda?