The results are in – Build it and they will come 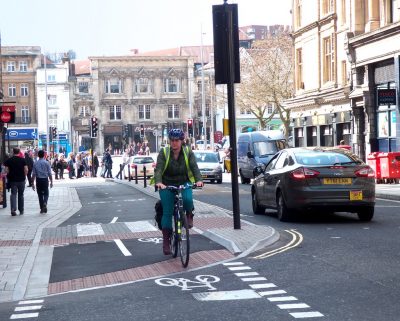 Bristol Cycling Campaign has received data from Bristol City Council’s traffic counts on city centre roads where new segregated infrastructure has been built. We advocate protected, segregated cycle tracks as the best way to enable people of all ages and abilities to travel by bike and the results of the counts show it has been enormously successful so far. 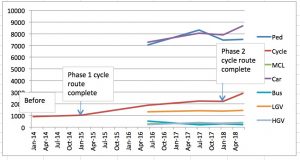 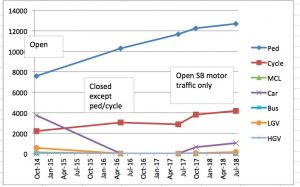 Numbers on Prince Street Bridge have increased by 90% (2204 to 4184) over the same period after the redesign of the bridge closed the bridge to northbound motor traffic. Prince Street Bridge now carries four times more cycle than motor vehicle trips.The most recent figures predate the completion of the Prince Street cycle track so we expect this to rise further when the next count is done.

Unfortunately these examples of segregated cycle tracks are few and far between and cover only a small part of Bristol city centre so there is potential for much more growth as more connections are made. We hope that this encouraging data shows that the demand for high quality cycle infrastructure is there and hope Bristol City Council act upon their own policy documents to complete a full city centre cycle network.