Our Road Justice campaign used as a national case study 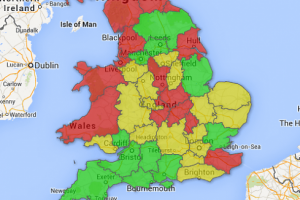 The CTC have used our work in a national case study to help other groups.

Of course the secret of our success has been the small group of committed individual (as always – “Never doubt that a small group of thoughtful, committed citizens can change the world; indeed, it’s the only thing that ever has.” – Margaret Mead link).

printer-friendly version
Bristol Cycling Campaign (BCyC) is an excellent example of a group of local campaigners who have wholeheartedly got behind the Road Justice campaign by ramping up pressure on their local force to improve roads policing.
Road Justice map of police pledges

One element of the Road Justice campaign is for campaigners to put pressure on their local police force to pledge to implement the recommendations in the report ‘Road Justice: the role of the police’ and then to monitor the force’s progress in implementing those recommendations, all of which are aimed at improving police handling of road traffic collisions.

Here we give you an insight into how one cycling campaign group has managed to engage with their local force and what success they’ve had so far in getting them to improve roads policing. This case study can be used as a template for anyone wishing to engage with their police force.

Bristol Cycling Campaign (aka BCyC) is a cycling campaign group led by a small team of volunteers with several thousand supporters. They have succeeded in setting up a working partnership with their local police force, Avon & Somerset Police, through well thought out actions and commitment to the goals of the Road Justice campaign.

When CTC launched the Road Justice police map showing which forces had pledged to implement the campaign’s recommendations, BCyC took it upon themselves to ask their local force why they hadn’t pledged.

Both the newly elected Police and Crime Commissioner and the Chief Constable were active on social media, so the group contacted them via Twitter – the most public way possible. This act of ‘naming and shaming’ paid off – the PCC responded almost immediately pledging her support for the campaign.

The next step was to form a Road Justice sub-group of three people who could share the campaigning work load. This group maintained regular contact with the Road Justice campaign coordinator, who provided guidance when needed.

With a helping hand from the Freedom of Information Act, the group submitted information requests to the police in relation to pedal cycle collisions on a notoriously hazardous Bristol road. They analysed the circumstances of the collisions and the police response to each incident. They found that in 25 cases of injury to cyclists caused by driving, there was: one prosecution for dangerous driving; one prosecution for driving without due care and attention; and one fixed penalty notice given out. The remaining 22 cases (88%) resulted in no further police action.

The group also collected Bristol-wide data on cycling and pedestrian collisions and submitted this to the police along with anecdotal evidence of poor police investigations. The group requested that the police investigate why the handling of these cases had been sub-standard.

The findings of the research were sent to the Chief Constable in a letter penned by the chair of BCyC, in which he requested a meeting to discuss the research findings and how the force planned to meet its obligation to implement the Road Justice campaign’s recommendations. An invitation to meet the Chief Constable and the Head of the Collisions Investigations Department swiftly followed.

A working group, which meets quarterly, was established to monitor the progress of actions agreed at the first meeting. BCyC also visited the Collisions Investigations Unit where officers agreed more work must be done to improve collision investigations.

The engagement with Avon & Somerset Police has been successful because BCyC have approached it in a professional and diligent manner: they produced convincing research and presented hard to ignore case studies, and have been assiduous in following through on actions and in holding the police to their word.

They have kept BCyC supporters informed of their progress via news articles on the campaign website and have kept the Road Justice campaign coordinator regularly updated.

There have been setbacks – the Chief Constable was suspended earlier in the year and the Head of Collision Investigations has changed – but BCyC are now firmly recognised as stakeholders and as such have maintained open lines of communication with the necessary positions within the police.

BCyC recognise that there is still a lot of work to do and that their engagement with Avon & Somerset Police is a long-term project, but they will be supported throughout by CTC’s campaigns team, as any other group hoping to engage with their local police force would be.