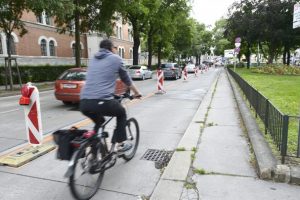 In the first of our series of case studies looking at how cycling infrastructure has developed on the continent, we focus on how responses to planned pedestrianisation and low traffic neighbourhoods in Vienna in 2014 mirror those we’re seeing currently in Bristol.

Let’s not beat around the bush, our continental neighbours by and large do cycling and walking infrastructure much better than us. Yet for some reason we ignore them and try to reinvent the wheel.

Despite regularly being voted one of the most livable cities in the World, Vienna grapples with similar issues to Bristol: People have grown used to their cars, shops are nervous about losing passing trade, residents fear they can’t undo change, the Labour (SPÖ) mayor is comfortable with the status quo and the Conservative Party (ÖVP) side with the motor lobby.

Back in 2011 discussions in Vienna were instigated by the leader of the Green Party and City Councilor for Urban Development, Transport, Climate Protection, Maria Vassilakou. The Green Party were and still are in coalition with the Labour Government about pedestrianisation of one of Europes busiest shopping streets, Mariahilfer Strasse. A thriving shopping street a stones throw from the world heritage listed 1st District that was going to be meddled with. Businesses worried that the reduction in passing vehicles would reduce customers…. sound familiar?

Nestled in the heavily residential 6th and 7th districts, and connecting with the main ring road (‘Gurtel’) at the west end, a key concern was also that surrounding roads would simply clog up with  traffic diverted from Mariahilfer Strasse.

Opposition was fierce, made more complex by the diversion of a popular bus route. After a very efficient consultation process in 2013, and in typically germanic fashion, a referendum, the scheme began with the middle section of road being closed preventing through traffic in 2014.

Some quotes prior to the scheme (translated to English):

“The pedestrian zone Mariahilfer Straße is a good project in itself and is part of the coalition agreement. As everyone knows, I am loyal to the contract.” Michael Häupl (SPÖ), former mayor of Vienna, September 5, 2013 (SPÖ are the Labour Party of Austria)

“Mariahilfer Strasse is one of the largest shopping streets in Europe and far too important to be used as a playground for a prestigious municipal political project (…).” Brigitte Jank, former head of the Vienna Chamber of Commerce, 14 January 2014

“I think encounter zones are an interesting model – but introducing something like this for the first time on a street this busy can only go wrong.” Manfred Juraczka, former head of the Vienna ÖVP, February 14, 2014 (ÖVP are the Conservative Party of Austria)

The project went ahead and was phased, with sections of the 1.8km (1.1mile) long street gradually converted between 2014 and 2017. The finished road is shown below, with more before and after pictures 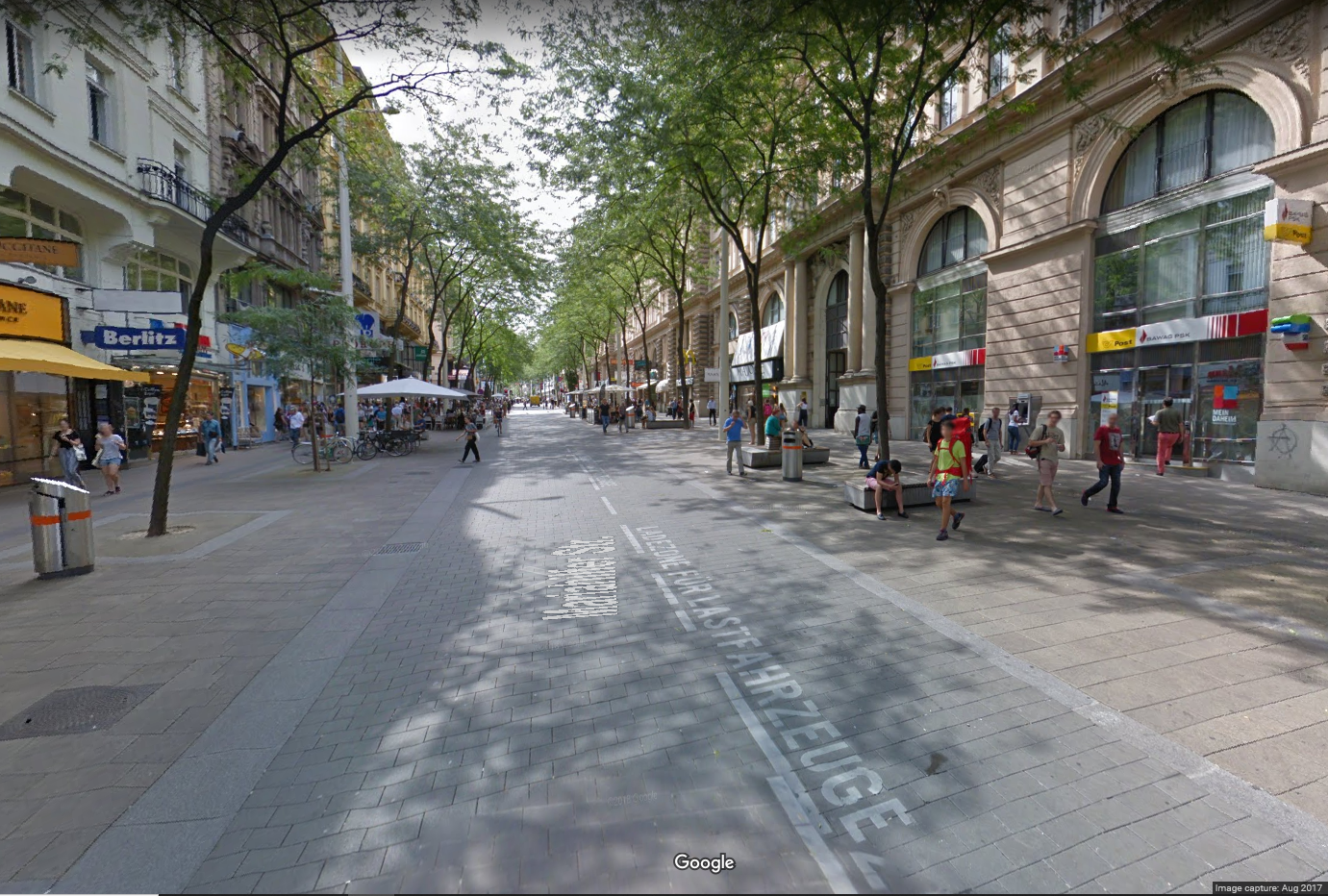 Eastern most section of Mariahilfer Strasse in 2017 after pedestrianisation. More images on Vienncouver.

So nearly 5 years since completion how has the street faired?

Probably one of the most unexpected and positive outcomes is that the Vienna Chamber of Commerce (business lobby for Vienna) has demanded that similar schemes are implemented in all districts of the city due to the huge success it has been in stimulating trade.

One strategy that has been highlighted was that Maria Vassilakou never declared that she wanted to ban cars entirely from Mariahilfer Strasse, or that she wanted to make them car-free, a mistake that Bristol City Council has made causing a backlash.

A big credit to the Radlobby.at for pointing us in the direction of the statistics.