What happens when you send your close pass video to police 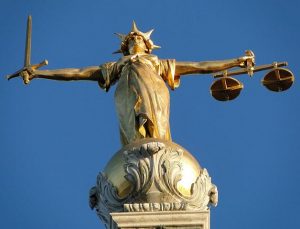 The Road Justice work of BCyC is primarily about holding ASP to account to provide reasonable responses to cyclists who take the time to submit dashcam evidence of dangerous driving and near misses.

Telling people the outcome of their camera submissions encourages cyclists to provide the information, they feel the trouble is worthwhile if something is done about the dangerous driving they have reported. This basic level of accountability makes it difficult for the police to ignore or fail to act on complaints, as they do with incidents which result in injury to cyclists.

There has been a noticeable drop in the usefulness of responses from ASP in recent months, which are now along the lines of “We can no longer give feedback, and will not reply to any requests for information”. When pressed ASP cite “data security issues to share outcomes” or the fact that cyclists may enter into lengthy correspondence with the police about these outcomes.

We’ve written to Sue Mountstevens (PCC Avon and Somerset) plus Chief Constable and Head of Roads Policing, asking her to review policy change. Her personal commitment and also of ASP (as per their website Victims Rights section – “After a crime your rights … the police must give you updates on their investigation”), appear to be in direct contradiction to current policy.

We are challenging this policy change on several reasons

We are also looking into making a complaint how ASP are run, perhaps along the lines of policing standards or policing policy.

Regarding concern that the Data protection Act (DPA/GDPR) is being used to hide behind for “data security”, the government’s Information Commissioner confirms that ASP’s excuse doesn’t wash. This is a known problem with public bodies and goes back years. We note that the Metropolitan Police Service do inform the person submitting the outcome re the footage as that is not a problem with data confidentiality. They do not release personal details of the driver identified, but they do state if it has led to a prosecution or caution.

For this piece of work BCC are collaborating with Cycling UK and RoadPeace. We are making Freedom of Information (FOI) requests to ASP to be used to give us further evidence of the action ASP are taking based upon aggregate webcam submissions over several months.

We’re keep to see people continue to report dangerous driving and near-misses. The more evidence of poor driving the less tenable ASP’s position will be.

If you would like to get involved in our Road Justice Campaign, please consider joining BCyC as a paid-up member (every little helps).

[Thanks to Patrick Townsend for this update posted to the BCyC Facebook group on 18th Oct 2019.]