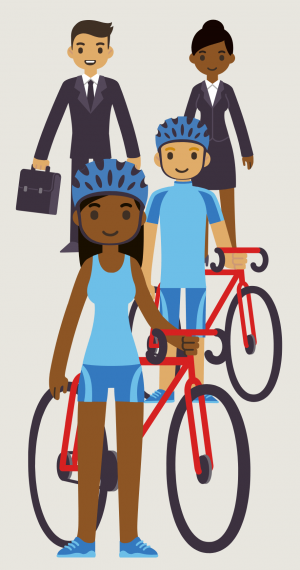 Cycling rates are increasing year on year in Bristol. However, the motor car is still the dominant transport mode for commuting in the UK. So why not make your New Year’s resolution to leave the car at home and get on your bike to and from the office. Here are 6 good reasons why it makes sense: 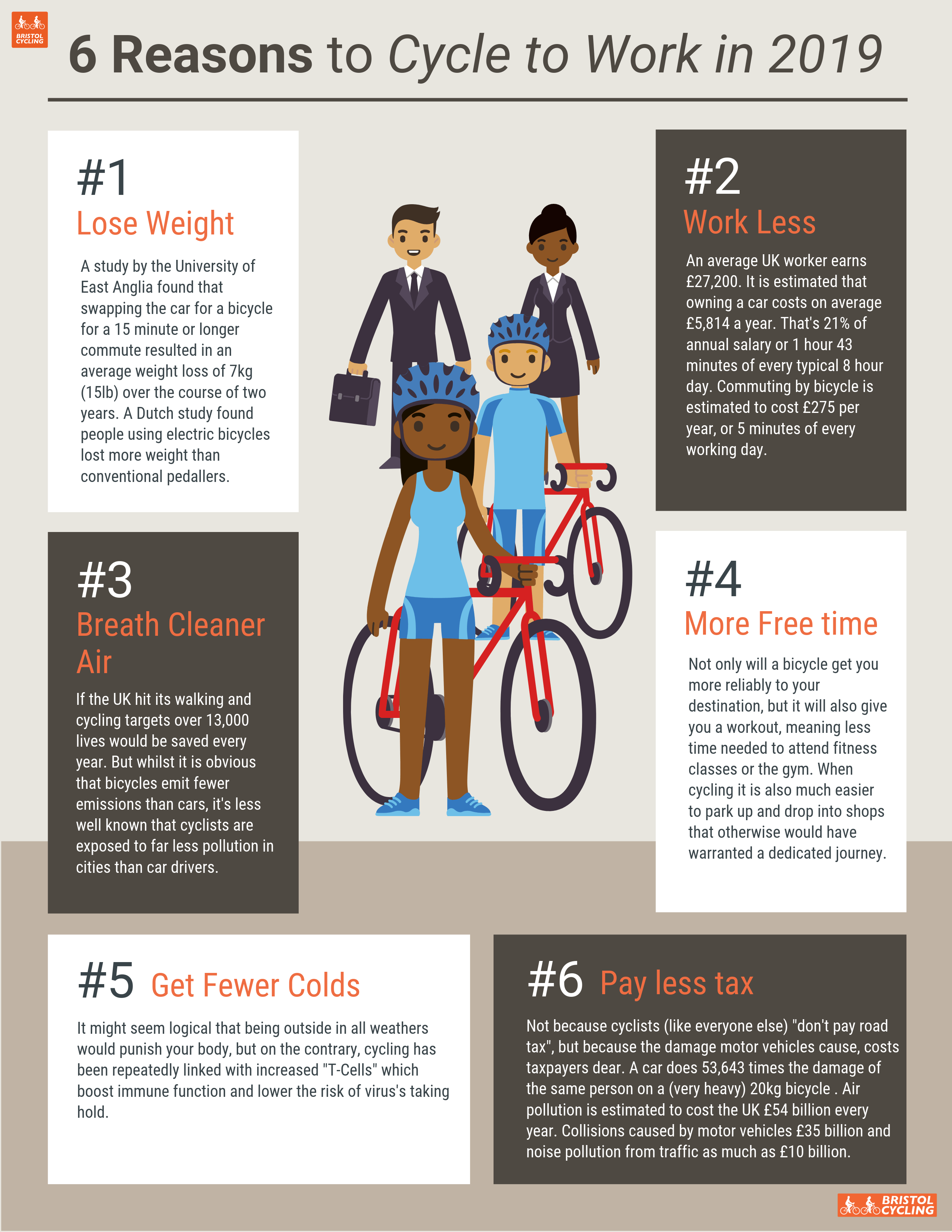 [11] Get on your bike to beat the common cold, say researchers, 2nd November 2010, https://road.cc/content/news/26654-get-your-bike-beat-common-cold-say-researchers

[14] Royal College of Physicians. Every breath we take: the lifelong impact of air pollution. Report of a working party. London: RCP, 2016, https://www.rcplondon.ac.uk/projects/outputs/every-breath-we-take-lifelong-impact-air-pollution

[15] Each car in London costs NHS and society £8,000 due to air pollution, report finds, 6 June 2018, https://www.independent.co.uk/environment/cars-air-pollution-cost-nhs-vans-vehicles-health-bills-lung-disease-a8384806.html