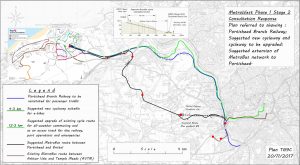 MetroWest Phase 1 is proposing to re-open the Portishead rail line and enhance local passenger train services on the Severn Beach and Bath to Bristol lines. The plans include a new rail station at Portishead and the reopening of the former station at Pill. These proposals were also considered at the Bristol Cycle Forum in Sept 2017 (MetroWest Phase 1 – Bristol Cycle Forum 21-09-17).

We argue that alternative modes of transport are unlikely to solve Portishead’s congestion problem on the A369 because of repressed demand for peak-time commuting. All that can be done is to provide congestion-busting alternatives. A 1-hour railway frequency service is a reasonable alternative and reopening the branch line is a necessary preliminary to construction of a cycleway on the alignment. Our proposals are:

For Portishead cyclists living some distance from the proposed railway station, a Bristol commute would be nearly 20 km via NCNs 26 & 41. Because of the distance the route needs to be direct, reasonably flat well-paved, traffic-free and not along the Sheepway rat-run. We are doing ‘pinch-point’ surveys on the disused section of railway to check there is be adequate width for one rail track and maintenance track/cycleway.

The plan shown sets out the necessary new and upgraded route for all-weather and e-bike suitable commuting and leisure use.

We further put forward an proposal for an extension to the MetroBus network to provide a 10-minute frequency MetroBus services that would be more attractive to commuters. Note that this includes a section of tunnel providing a much more sensible ‘underground’ than other proposals. 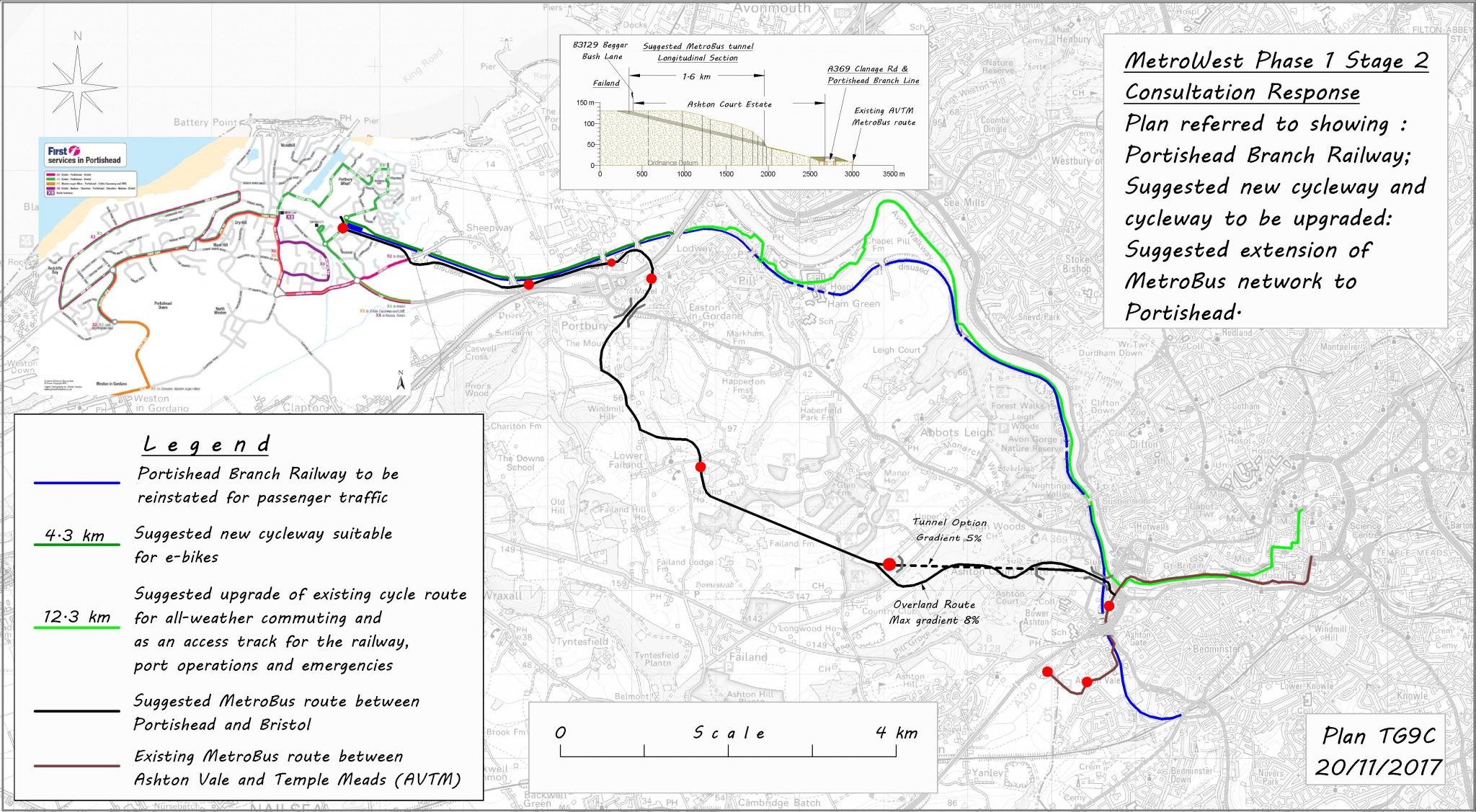