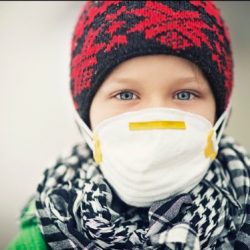 While our streets look like something from the 1950s in the midst of coronavirus lockdown, we need to rethink what ‘normal’ looks like. Stop Killing our Children is a documentary crowdfunded and produced by our friends at ETA Trust (ethical insurance with strong cycle offering). It is a review of where the Dutch are fifty years after their transformative campaign for road danger reduction. So why are we talking about this at a website for a Bristol advocacy group? Becase it makes us realise how much death and destruction in our streets has become normalised over recent decades. Traffic congestion…

Do you care about our air? 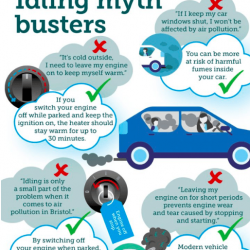 Clean Air for Bristol are asking drivers to turn their engines off when stopped to help improve air quality. As we who cycle already know, leaving a vehicle’s engine on when stopped, or idling, causes air pollution which is especially bad for children and is avoidable. If you have to drive and are stopped for a minute or more, think about the air we all breathe and switch off your engine. Clean Air for Bristol are looking for volunteers to help spread this message to drivers around idling hotspots across the city. Find out more and sign up to receive free… 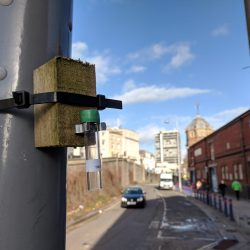 The Clean Air Zone (CAZ) consultation closes on Monday the 12th August. Bristol Cycling welcomes any measures that might help restrict vehicle usage in Bristol and reduce roadside pollution concentrations. However, we are concerned the expected reductions in NO2 are small would not reach compliance for another decade. It is also concerning that CO2 emissions might increase due to the switch from more efficient diesel vehicles to petrol (outlined in Section 3.6 (page 15) of the Economic report). We think there are better ways to address the transport and air pollution issues our city has faced for so… 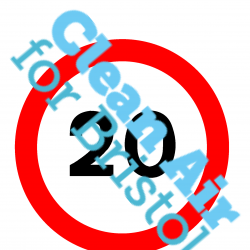 Reduce Collisions and lessen their severity when they do happen. A driver seeing a danger travelling at 30mph would have travelled 9 metres before they even pressed the brake pedal and another 14m to come to a stop. At 20 mph the overall stopping distance is half that. This makes a collision less likely in the first place. The kinetic energy of a 1419kg Nissan Qashqai car travelling at 20 mph is 15.7 Wh. If the vehicle didn’t stop in time, this would be the energy felt by the object it hits. Increase this speed by 50% to 30 mph and the kinetic energy goes up by 125% i.e. it more than doubles to 35.4 Wh. To put this in comparison, the energy of a 90kg cyclist at 20 mph is 0.9 Wh and a 70kg jogger at 5mph, 0.05 Wh. This video of an appalling collision in Wales demonstrates the huge amount of energy in a moving car.
A car braking from 30 mph to a stop puts more than double the energy through the brakes, tyres and roads than the same car stopping from 20 mph, increasing particulates (PM) from the brakes, tyres and road, contributing to poorer air quality. It also puts more strain on the road surface making damage and potholes more likely.
20 mph has also been shown to reduce noise from vehicles. A car travelling at 20 mph instead of 30 mph can emit almost 10db less noise. 10 db is perceived by the human ear to be a halving of noise. Studies in Sweden, Germany and the UK, have consistently found 2—5 db noise reductions at the roadside from 30 kph (20mph) limits.
20 mph Improves traffic flow and reduces journey time. Countless studies have found 20 mph reduces the concertina effect of traffic and reduces congestion.
Acceleration is the most energy-intensive stage of driving. Lower speed limits mean less time on the accelerator pedal and reduced fuel consumption. Considering a hypothetical a 16km journey with 25 stops and starts a car only accelerating to 20 mph will spend nearly a minute less on the accelerator than if it reached 30 mph. Although this does not directly correlate with emissions, a detailed study in London found (unenforced) 20 mph limits reduced NO2 air pollution concentrations at the roadside.

Cycling vs the Electric Car 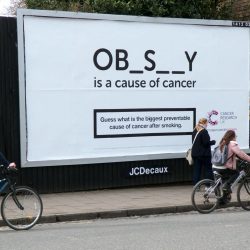 Electric vehicles have received a lot of press over the past few months. This furore has even led some to suggest that EVs are more efficient than food powered humans riding bicycles.

So we at Bristol Cycling have put together an unapologetically technical article in an attempt to shed some light on this. 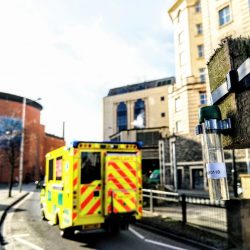 On this website we previously covered the excellent BBC documentary Fighting For Air. At the end of the programme, viewers were informed they could use an air quality postcode checker, enabling anyone in the UK to see how their area faired on a simple scale of 1 – 6. However, we delved into this for some areas of Bristol already covered by local council monitoring and were not convinced by the results.   The checker considers only one of the 9 standards that apply to these 5 pollutants. This is the NO2… 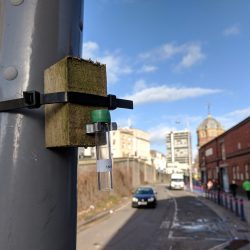 On Wednesday 10 January, BBC Two aired Fighting for Air, a documentary looking at how a local community in Birmingham, aided by a BBC team, set about tackling pollution on their local high street. The street could have been a number of shopping streets in Bristol, with almost identical debates on issues involved. The solutions put forwarded for reducing pollution were smoothing traffic flow by introducing green waves, replacing the parking bays with vegetation and handing out free bus tickets. The natural reaction of some of the…

Vehicle occupants are exposed to significantly greater health risks than those travelling by other modes. The excellent Essential Evidence series summarises key high quality evidence about transport and health and the latest one concludes that “vehicle occupants are, in fact, driving in a ‘tunnel’ of pollutants” with exposure levels significantly higher than walking, and also for cycling. This is also the conclusion of a former government chief scientific adviser, Prof Sir David King, who says “You may be driving a cleaner vehicle but your children are sitting in a box collecting toxic gases from all the vehicles around you.”… 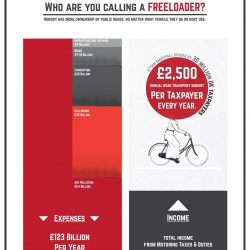 This was the issue that got the Bristol Cycling Campaign going in the first instance over 20 years ago. City centre councillor Mark Wright has launched a campaign to cut pollution in Bristol with plans for a Low Emission Zone in the city centre.  This would mean users of the most polluting vehicles would have to pay a fee on entering a cordon around Bristol which would encourage them to upgrade to cleaner vehicles and so improving air quality. Read more…    …