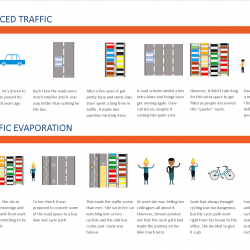 The recent debate on the proposed Callington “Relief” Road has brought the concept of “induced traffic” back into the limelight. And also the the related and much neglected evidence for “reduced traffic“, or the delightful concept of “traffic evaporation”. So what do these terms mean? Induced Traffic As car ownership and use have increased over the past 30 years the reaction to the pressure created by additional traffic demand has often been to increase the level of supply, in other words, provide additional road space. There is a growing body of evidence indicating that the benefits of… 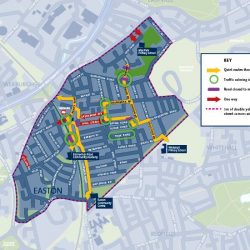 Update: The proposal has now been scaled back to just a single street. Everyone loses.

There is a key decision point on Friday 10th Nov for Easton Safer Streets. Please show your support using the button below. This is Bristol’s first attempt to make a big difference to the vitality of an area by a joined up approach to through traffic (rat-running), rather than a piecemeal street by street approach. Of all the projects in the Cycling Ambition Fund package this is the one with the greatest potential to benefit whole communities, and offers a model for other areas. It continued after local councillors backed down on rat run measures in Windmill Hill Deterring through traffic in Windmill Hill.

There has been a very extensive and detailed ‘co-design’ process involving hundreds of people and dozens of events and meetings, lead by Sustrans. The final design proposals are being considered on Friday 10 November 2017 by the six councillors of the Easton, Eastville and Lawrence Hill wards to decide whether to move on the next stage of formal consultation.

As with all such proposals there is a vigorous lobby against change. We are encouraging everyone who lives in the area, or is affected by the changes, or who would like safer streets in their area, to contact the key six councillors to show their support. We’ve made it easy for you with this button which will open an email with all the info ready for you to add any comments.

Joint Spatial Plan and Transport Study Consultation – have your say 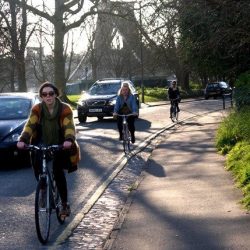 Update:  West of England Joint Transport Study Consultation Nov 2016 – our response Will Greater Bristol ever become a true Cycling City? The Joint Spatial Plan sets out how to build 85,000 new houses and the modern transport links for a growing region over the next 20 years. It’s out for consultation until 19th December but even Bristol Mayor Marvin Rees is calling for more ambition. Overall we feel not much has changed since our initial response in January Joint Spatial Plan and Joint Transport Study – our response. We encourage everyone to respond to the sensible questions in the consultation… 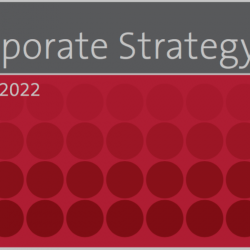 Bristol Council has published the Corporate Strategy consultation 2017-2022. There are immensely hard choices to be made. Traditionally this means that those at the bottom of the pile are hit hardest. In transport terms, this means those who choose the cheapest and healthiest options of walking and cycling. What does the strategy have say about cycling? [bs_notification type=”danger” dismissible=”false”]Headline Action: Use the consultation to ask that walking and cycling be considered as strategic priorities rather than afterthoughts.[/bs_notification] Mayor Marvin Rees places equality and health at the centre of his plans, and aims to “improve our transport to connect…

Deterring through traffic in Windmill Hill

Ref: https://bristol.citizenspace.com/business-change/traffic-in-windmill-hill
Our overall position on this consultation is: Support
A well thought out and potentially transformational example of creating ‘Streets for All’ that should be followed in many other neighbourhoods.

Road Danger Reduction
Does this measure seek a genuine reduction in danger for all road users by identifying and controlling the principal sources of threat?
Green – overall benefit

Triple A Quality(All Ages and Abilities)
Will this measure be attractive to all ages and abilities using all kinds of cycles?
Green – overall benefit

Cycle-proofing
How far does this measure provide for Triple A Space for Cycling in the future?
Green – overall benefit

How are the £19m Cycle City Ambition Grant projects are going?

Well, although there have been fairly regular meetings with project officers for some schemes, overall we don’t know much. We’ve only been shown the bid documents and some work in progress designs which are purposefully vague so that the council can change the plans according to pressure. We are sceptical of the quiet routes. As the bid requires that schemes don’t impact motor traffic the amount of work that can be done is questionable. We don’t want to see what we’ve seen in London, where routes are only labeled as routes with no interventions made other than paint and…